We interviewed advertising legend George Lois, an inspiration for Mad Men, for our OnCreativity series. As he memorably put it: “Great advertising should be like a punch in the mouth.” We prefer a less violent approach, but we see his point. Great advertising has to connect and make impact.

Plazm partners Joshua Berger and Niko Courtelis met at the prestigious independent agency Wieden+Kennedy in the early 1990s, creating advertising for clients such as Nike. Josh and Niko have been collaborating ever since, making work that connects.

We develop and execute advertising campaigns for individual clients. We also have deep experience working directly with advertising agencies, embedded as Art Director / Writer / Creative Director or as a design firm in support of a specific campaign. Examples of both are shown here.

More samples of our advertising work is below.

One of many Heineken beer ads for broadcast directed by Plazm principal Niko Courtelis; an agency collaboration.

As he vaulted to superstar golfer status, a young Tiger Woods paid homage to Black golfers who had come before in this broadcast video. An agency collaboration with Plazm’s Niko Courtelis.

Leading up to the World Cup, our client Nike wanted to inspire young soccer players in Japan. But the country’s conservative sports system (bukatsu) valued conformity, an attitude stretching beyond sports culture and into everyday life.

Our campaign made the bukatsu boys the catalyst for a more creative style of play, where individual brilliance could shine along with team success. “Free Yourself” brought the message home with a clear understanding of the players’ unique situation.

What makes this place great?

George Lucas is one of our era’s master storytellers. We were honored to visit Skywalker Ranch and create a visually bold poster style for his first Star Wars prequel, centered on the numeral 1.

The campaign reached out to new audiences—particularly women—by depicting universal themes focused on character, emotion, and human experience. Initially intended for Episode I in Germany and Japan, the project expanded to include the entire world outside the US.

Just as Nike would later popularize running, Jantzen made swimming a national sport in the 1920s through 1960s. Sporty yet feminine, the brand became iconic of the era—and then languished.

Decades later, Plazm was selected to create a new identity and multi-pronged national relaunch campaign that functioned across demographics and categories. We connected Jantzen’s history of innovation to an appreciative younger audience, retaining heritage attributes and establishing the brand’s new line for men.

It’s always fun to watch this ad for Bell Canada. It might make you want to start a career in modeling for television! An agency collaboration with Plazm’s Niko Courtelis.

A series of spread ads for Uniqlo in the New York Times to relaunch the brand in America. 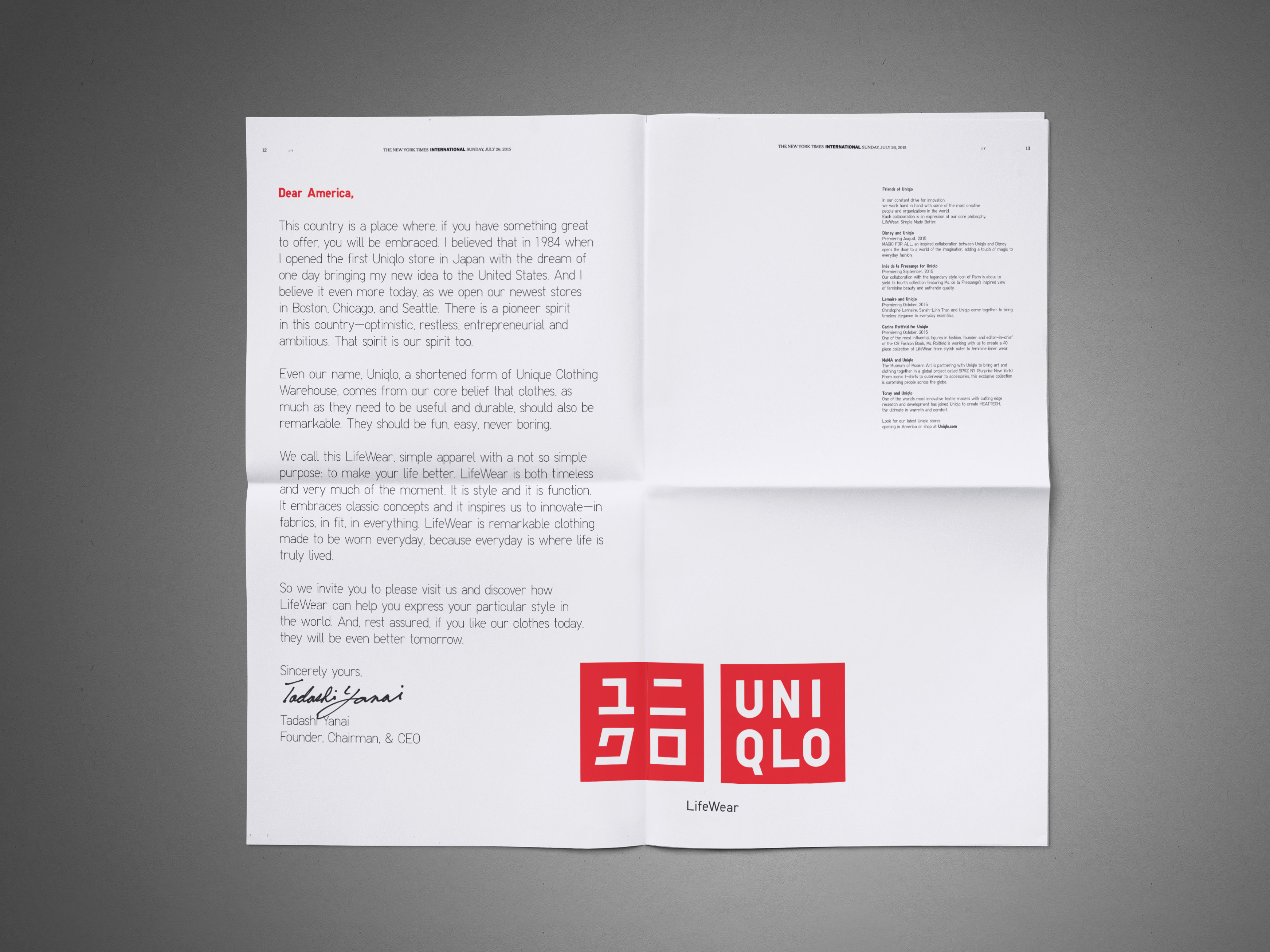 Banner advertising campaign developed for a pre-Netflix movie search database. ForMovies.com had the right idea for the time, but obviously didn’t become Netflix. We still like these ads though!