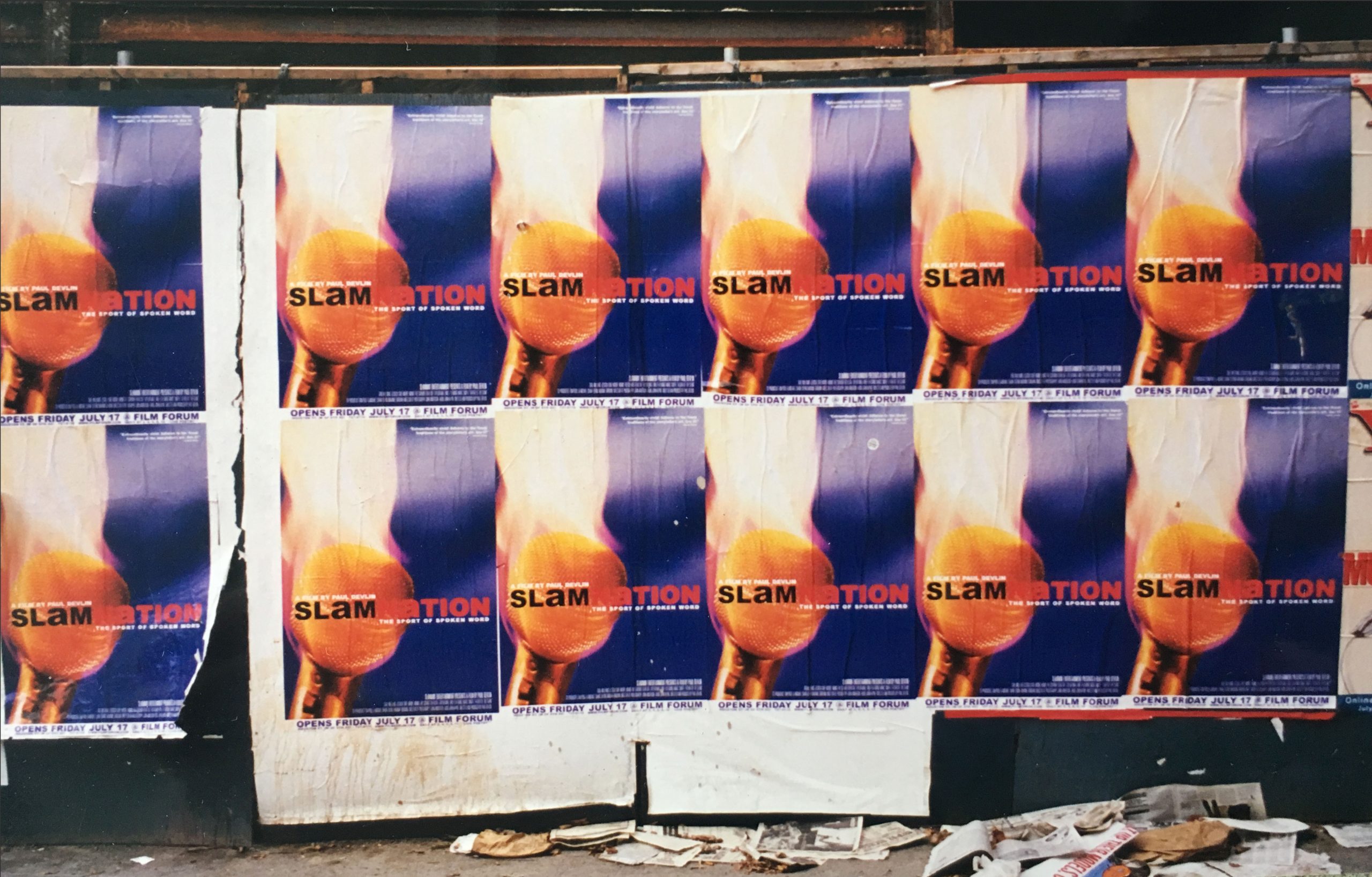 One of design’s purest forms.

Perhaps it’s the tight constraints: A poster must contain a singular image and strong typography. It must make an iconic statement. It must be read from a distance—and when a viewer is inches away.

We’ve made many posters during our nearly three decades. Over 150 reside in the permanent collections of the international poster museum, which is based in Switzerland and called Plakatsammlung Museum fur Gestaltung Zürich, along with Poster House in New York, the San Francisco Museum of Modern Art, and others. A sampling is below.

Printed as a 24 x 36″ folded insert in Plazm magazine, issue 29. This side designed by Linda Reynen; the reverse features photographs by Thomas Robinson. The poster can be purchased here.

Portland 2010. Brand identity, advertising,  catalogue design, and posters were part of our work for the Portland Biennial.

This poster in a tube was used to announce the name change of Vinton Studios to LAIKA. We made it a game; the poster arrived in a tube with a small pencil to connect other famous name changes. View case study

Social and media pressure on girls and young women can be overwhelming. Rock ‘n’ Roll Camp for Girls offers a powerful antidote. Through music and performance, girls find their voices, their confidence, and their self-esteem.

Two-color screen print for Girls Rock The Movie! A documentary about the Rock & Roll Camp for Girls.

See me, hear me. Two posters from an off-Broadway season of Red Bull Theater in New  York City. See more of our work for Red Bull.

Japanese magazine IDEA, commissioned us to create something for “Made In America”— their issue focused on American design. We did that and liked it so much we made a 2-sided poster out of it.

Through cultural imperialism, America exports guns and gun violence to the rest of the world in movies and other “entertainment” delivery systems—America is perceived, especially in Japan, as a violent place. Our more pernicious and deadly import, however, is fast food. The corporations who create markets for beef, dairy and fried food, particularly in cultures who previously relied on sustainable and healthful nutrition, shoot straight to the heart. The Japanese word for “Supersize” is “Supersize”.

We’ve done a number of movie posters, ranging from small independent films to Hollywood blockbusters. Slamnation, the poster on the left documents the National Poetry Slam, which we also did a poster for with a graphic flaming microphone, for the film we lit one on fire and shot it. Love Etc. follows five love stories in New York City. Men In Black II from Columbia TriStar on the left and Power Trip, a documentary by Paul Devlin on Electricity in the Republic of Georgia.

TriMet often commissions public art to enhance physical locations around the city. We built on this by commissioning a series of commemorative artworks for each separate line of the MAX light rail system. The works themselves were made for a display at the national transportation conference and are now displayed in the lobby of TriMet’s Portland headquarters. Additionally, they were photographed for use in commemorative posters and public advertising campaigns. See more TriMet work in the case study

Poster for Muslimguaze release, extension of the CD packaging. This is one of a half dozen releases we have done for this artist. In this case we were honored to collaborate with Shirin Neshat.

Poster for Alan Jones Sextet. They titled their release “Unsafe” so we developed a minimal warning label safety package for their CD, then bought some haz-mat suits for the band to wear on this photo shoot. Photograph by Lars Topelman. We’ve done multiple projects for Alan Jones including branding his music school. We also created the Regeneration poster below.

Event poster for our friend Jeff Faulkner’s talk at Design Speaks in Portland.

Poster and CD packaging for Sarah Dougher’s The Bluff on Mr. Lady Records.

Posters from early Plazm days (1991-1994). We put together many live events as part of Plazm magazine. Later, as we evolved, we got more ambitious and started screen printing larger format posters to announce events and new releases of the magazine.

Four color screen print to promote our coloring book project. The 32 page coloring book was inserted in Plazm 16. We printed large format versions of the pages and party-goers colored them in with provided crayons.

Plazm 16 poster by David Carson. David also did the cover and an interior spread in the issue.

After issue 12 we received a letter from our international distributor that our magazine had been banned in Singapore. We figured we should let people know. So for issue 13 we put the information on the cover. Donjiro Ban contributed this design, which was screen printed at letterpressed at Crack Press. A few of these are available as part of the collector’s edition of issue 13.

Plazm 25 screen printed poster designed by Pablo Medina, available here. Shop Talk with Plazm was a poster for our first ever public lecture, for AIGA Portland, circa 1995. A few copies still available here.